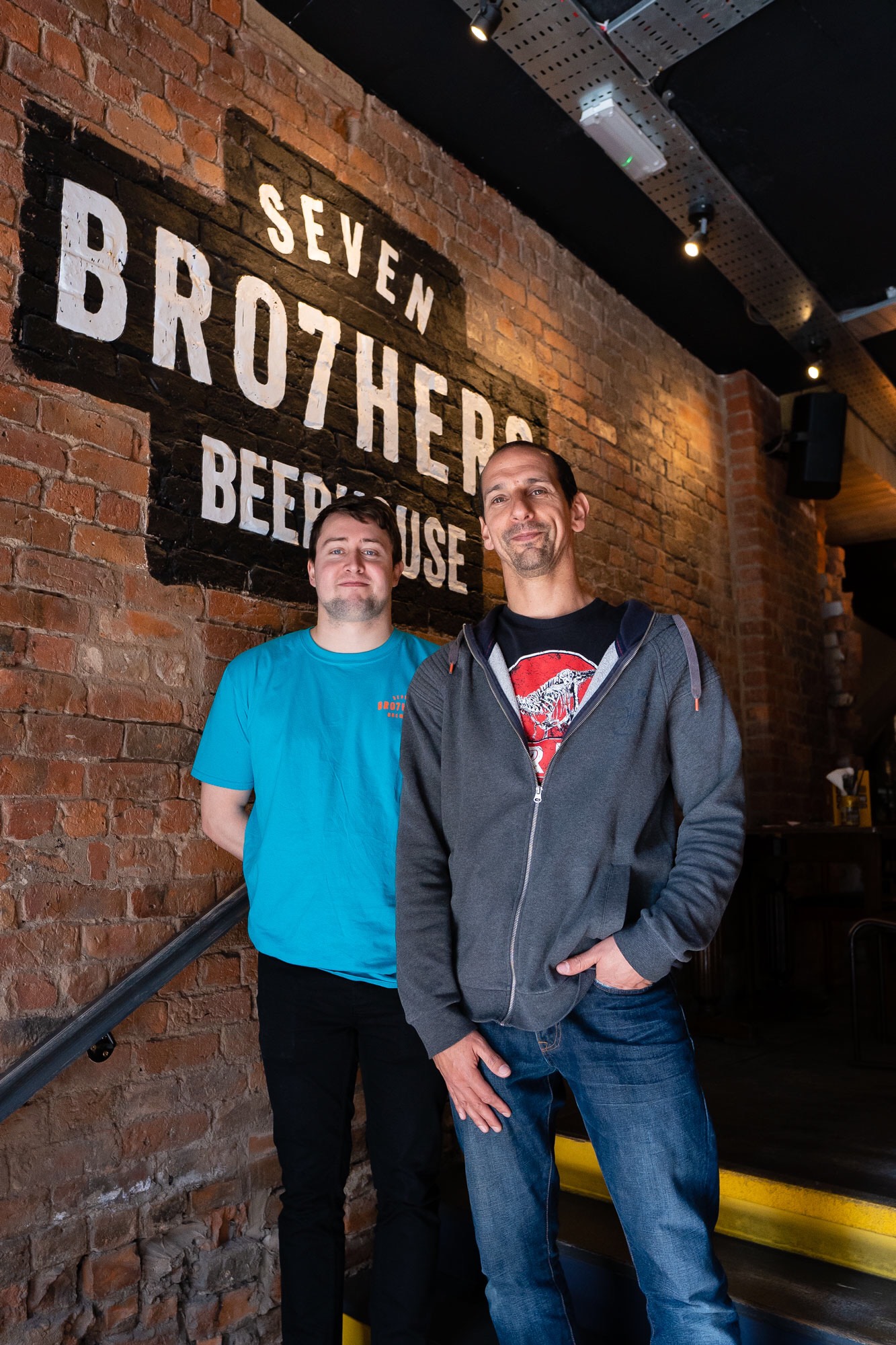 We’re thrilled to announce, that much loved Manchester microbrewery, SEVEN BRO7HERS, has appointed us – the pioneering to maintain the quality of its craft beers.
SEVEN BRO7HERS has installed the BP4, our most advanced system to date, in their popular Ancoats-based Beer House, and the tech will soon be rolled out to a second location in Manchester, as well as a new site in Leeds.
Effective beer line cleaning means much less wastage for brewers, landlords and bar managers, meaning that – ultimately – they will save money.
Prior to installing Beer Piper technology, SEVEN BRO7HERS had been cleaning their lines by hand. Manual line cleaning can be very inaccurate but using systems such as the BP4 means the correct mixture of environmentally-friendly chemicals are dosed into the lines at all times and the line cleaning is done automatically. Our technology also logs when and who cleans the lines, and it will soon be updated with cloud-based tech and a mobile phone app, allowing bar managers and brewers to access real time data as and when they need to.
Poorly maintained beer lines can ruin in minutes what has taken months or even years to perfect – brewers put so much time and passion into their beers, and the craft beer scene is booming as a result. Making sure lines are maintained is a simple thing that these brewers can do to always give craft beer enthusiasts the best pint
Keith McAvoy from SEVEN BRO7HERS, commented: “We had been using Beer Piper’s Chemisphere cleaning products for a while, and were impressed by the quality, but once we assessed the situation and realised we could save money and reduce waste by installing Beer Piper’s line cleaning systems, it was a no brainer.
“Since installing the BP4 system, we have made considerable savings. My only issue is that we didn’t install it sooner. We will be installing Beer Piper tech in all SEVEN BRO7HERS Beer Houses.
“Additionally, it’s great to partner with another successful Manchester company. Our city is well known for its inclusive and collaborative approach to business, and it’s great to have Beer Piper’s experts on hand when we need them.”